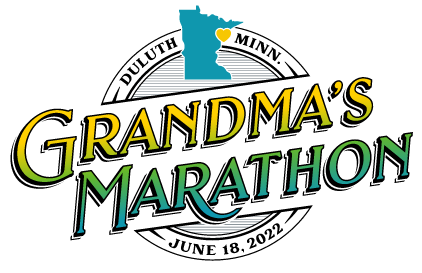 Growing up in Duluth, Mich., McMillan Running coach Katie McGee was raised on Grandma’s Marathon. Any kid with an inclination to lace up a pair of running shoes, couldn’t help but be captivated watching the lanky top runners emerge out of the mist to take the title in Canal Park on marathon day.

Katie fell in love with running, along the shores of Lake Superior, having trained thousands of miles on Highway 61. She still strongly believes in the healing powers of ice baths, despite any new evidence to the contrary, especially if taken after a 20+ miler in the “Big Gitch.”

Katie attended Duluth Marshall High school, where she ran track and cross country and went on to compete collegiately for Montana State University.  As soon as she hung up her track spikes after the Big Sky Conference Championships in 1996, she came back to Duluth to compete in her first marathon at Grandma’s.

Katie has touted Grandma’s fast course and top-tier organization as a race where there is the potential to BQ and PR to her athletes, two of whom are racing this weekend, Shannon Suing and David Heath. Katie has run more than 50 marathons in her career but has never found a race she was more connected to than Grandma’s. I guess you never do get over your first love. Here are Katie’s top five tips for running Grandma’s:

Rest assured. Grandma’s is a well-oiled machine. As one of the most established mid-sized marathons in the country (founded in 1977), you can count on things being done right.  Busses on time, plenty of port-o-potties, well-managed aid stations and trained volunteers (no dropping the cup just as you’re about to grab it). The course is accurate, mile markers are on the money, the course is closed, spectators stay out of your way, the finish line is organized etc… Things you don’t think about until something goes awry. The only thing I do not like about Grandma’s is the fluid sponsor is Powerade. Yeah…not even going to try to get my stomach used to that… Blech…Do the water and gel route. There are plenty of aid stations.

Take the first 5 miles to 10k to get in the groove. The first 10k is rolling and not right on the lake. It is usually a bit warmer inland (yes even 1/2 mile away from the lake’s cool morning fog bank) so bide your time and find your rhythm. 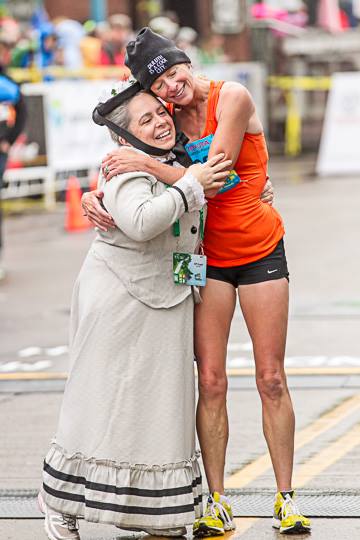 Know that crowds are spare along North Shore Drive. There will be spectators at the road crossings, but there is no way for your friends and family to be on the course except for the major crossings. ~ 5.5 miles, 8 Miles, 13.5 miles, 16 miles, 19 miles. But after 19 you’re in Duluth and the street will be packed with enthusiastic crowds. Hey, Grandma’s Marathon is the biggest event of the summer in Duluth. People get excited about it and get out and cheer.

Have a plan A and a Plan B. Grandma’s is a PR course. I’d put it up against any of the fastest races in the country, Chicago, CIM or any other fast course than isn’t a ridiculous downhill. It’s nice because when you say you got your PR at Grandma’s. The little bubble in the person’s head you’re talking to doesn’t have an *.  But Grandma’s is at the cusp of summer in Duluth. You could get 50 degrees, overcast skies, and a 15-mile-an-hour tailwind or you can get humid, 75, and a headwind. It all depends on the disposition of Lake Superior that day. Things look great for Saturday, but things can change at any moment. I’ve been sitting on my porch in Duluth in a down jacket Friday night and woke up to a muggy 70 degrees the next morning. You can still have a great performance for the day if you can be flexible and adjust according to the conditions.

This is a negative split course. The rollers come early. You’re inland, and it may be warmer. Crowds, as I mentioned, are sparse in the early miles. The first half provides a great opportunity to focus, get in your zone, run conservatively, and within yourself. When you hit the half, the excitement begins. There are big crowds, you’re hugging the cool waters of the lake, and you get a glimpse of the Aerial Lift Bridge at the Finish. The course is flat, and nothing stands in the way of that smooth cadence you’ve fallen into the first half.  A nice downhill at mile 19 brings you into the city. London Road is lined with roaring fans. After you cruise over Lemon Drop Hill at 22, there is a long gradual downhill all the way to the finish. If you’ve run smart, you can pick up a lot of places and seconds in the last 4 miles. The last .2 is the ultimate Rush. A straight shot down Canal Park Drive to the finish. The crowd is deafening. Take your medal and saunter over to the World’s Largest Ice Bath. Lake Superior’s healing waters will get you out dancing that night!