The Red Zone: Tracking Your Period 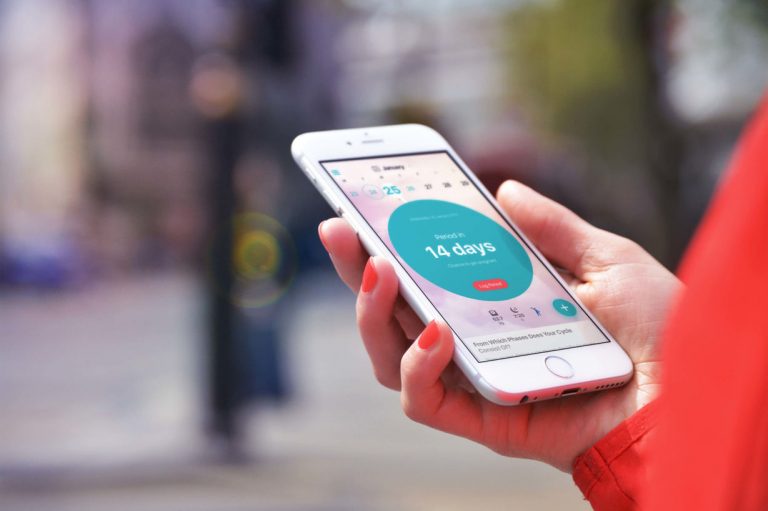 Today’s the day, it’s race day. You’ve planned for this for months. You’ve had, for the most part, great workouts and kept the interruptions to a minimum. The preparation has been almost perfect, if that exists. You’re feeling confident. It’s a crisp 55 degrees, no wind and the course is looking delightfully fast.

You pull out your stretching rope and roller to begin your dynamic warm-up. After 10 minutes of stretching and rolling, it’s time for a short shakeout. You begin to jog and feel a twinge of a cramp in your lower abdomen. Twinge, one of the dreaded words you don’t want to hear as a runner. It means things aren’t perfect.

Three minutes go by and it’s no longer a twinge. It feels all too familiar, an aching pain consuming your body from your neck down to your knees. Your mind starts to race. You only want to focus on one type of racing today and this is not it. The positivity and excitement you had earlier is quickly fading away. It’s turned to worry and doubt.

You were not prepared for this. You thought it was coming next week, but honestly you can’t remember. You’ve always let it come and go as it pleases. You jump the tape that’s lining the course in an attempt to get to the porta-johns as fast as possible. You arrive at the long line of runners and start asking random women for anything resembling a tampon. A few women say no, sorry, and give you a look of pity, poor woman. After asking around, you’re able to find one. You do one last stride feeling the heaviness in your body. You sprint to the race start with 45 seconds to spare and wonder how much this will affect you. Will you have to stop? Will the pain go away after a few miles? Welp, here we go. Positive thoughts. Positive thoughts.

Most female runners have dealt with this type of situation at one point or another in their lives. Being a woman means you will most likely bleed 5-7 days every month and your body won’t care about that race you have planned. When your period falls on race day or even on an easy day of training, it’s not always something you can ignore.

“For me, it definitely affects my running a lot and I have to schedule my races around it even though it doesn’t always work out (it comes early or late probably due to stress). I found out I have fibroids and polyps in my uterus cavity. They were causing bad cramps, heavy bleeding, and back pain. They were removed and I’m hoping that will help. Before all this, I tried painkillers, ginger tea, heat pack, etc. but nothing worked for me.”

As I’ve gained more life experience in this department (almost 20 years), I’ve realized how useful it is to keep track of my cycle. Tracking my period allowed me to become more knowledgeable about the hormonal changes going on in my body and recognize the effects it was having on my training.

So, what are the benefits of tracking your period for female runners? For starters, it allows you to notice patterns, positive or negative, in training and racing that may be affecting your performance. You can also track your mood and understand your hormonal calendar. If you want to be the most successful runner you can be, it’s not a bad idea to become aware of these patterns.

I like to use my cycle to recognize signs and symptoms that I see as red flags in training. Is my period inconsistent? Am I fatigued during certain phases of my cycle? Am I getting enough calories? What are the right foods to give my body during the different phases? If you’re heavily training and say, neglecting your diet or depriving yourself, you could be putting your body into a deficient state. You’re expecting it to perform at a max level effort without providing it with what is needed to do so. This deficient state can lead to amenorrhea resulting in the loss of your period.

The loss of a period can occur for many reasons. It can be diet-related, stress-related or some other factor. It’s a sign that something is not quite right with your body. This lack of a period will make you more vulnerable to injury. If your body is not producing enough estrogen and progesterone, then you won’t get your period. Without estrogen production, your bones may become weaker and you then become more susceptible to stress reactions and fractures. There’s also the possibility of osteoporosis if it goes on too long this way. This vicious cycle is something that most female runners want to avoid.

Regardless of the benefit of tracking your period as a runner for injury prevention and training purposes, it can also be used as an indicator of your general health. If you have to take a forced break, like I’m doing right now, you can still use it to make sure your body is “running” smoothly during your off time. If you’re not getting a consistent period, you should take it as a warning sign and figure out the cause.

“Early on in my running, my periods were always inconsistent and even stopped completely for about a year, which I loved – not having to deal with the once-a-month cramps, bleeding and fatigue. But then the stress fractures started – six in total over a five-year period. I learned the hard way the importance of understanding your cycle. I love tracking my period now and really feel like I have gotten to know and understand my physiology and even my mind-body connection which has helped not only in my running -but also in my daily day-to-day life.” – LINDSAY KLOSTERKEMPER, 2001 New Jersey state XC champion, Boston Marathon Qualifier (Boston, Mass.)

Luckily, with the prevalence of social media and advances in technology, there are a lot of great apps out there today for tracking your period. One of the apps I now use is an app I already use for training –Garmin Connect. Through this app, you can track your training, period, period symptoms and how you feel all in one spot. It also provides brief tips on how to get the most out of your food intake and the type of training that would benefit you the most during different phases of your cycle. For example, in phase one while on your period, they recommend eating more red meat to help make up for the loss of iron. An app that recommends eating tacos gets an A+ in my book!

According to Garmin’s app, the week after your period, called the follicular phase, is “the best week” physiologically for training and racing. Garmin says your body is “primed for maximum strength, speed, and power.” The app also provides a link to a website if you want a detailed explanation of this particular phase. The fertile stage recommends protein.

In the luteal phase, the pre-menstrual syndrome stage, Garmin says you may crave chocolate. I crave chocolate pretty often, but are they suggesting I have it? No, they suggest fruits, veggies and whole grains to battle my cravings. Disappointing.

Another app that has gained some popularity recently is the Fitr Woman app. This one has been used by the U.S. women’s soccer team. In a recent Good Morning America article, their coach stated one of the strategies the team ‘“deployed to help them win”’ was the use of period tracking and described it as a breakthrough for them.

Although the primary purpose of the Fitr app is to track your cycle, it does allow you to connect to your Strava account if you’d like to track both your period and your training. This app gives a lot more information on periods than some of the other apps I’ve tested.

I’ll give you the example of the Luteal Phase, which is called phase four on their app. It gives a full section of information on physiology, which lets you know your estrogen and progesterone levels are lowest at this point. This causes an inflammatory response which sometimes results in PMS symptoms. Next, there is a “training” section, which basically just gives you ways to relieve stress since you’re most likely going through PMS. They recommend doing yoga to prevent you from killing someone during this phase.

The last section is all about nutrition and includes recipes that are protein filled and slow-release carbohydrates to maintain your blood sugar levels and reduce cravings. The top section of the app looks a bit like Instagram stories and has a “Latest Insights” section for periods. This section includes disrupted sleep, food cravings, and “Collagen & Athletes” to name a few.

Overall, the app is really informative and I’d give it five stars. However, I do prefer the simplicity of the Garmin app since the app’s main focus is running.

It’s possible that studying these patterns of your cycle could lead you to a breakthrough as a runner. If you’re looking to start tracking, you can test a few of the apps I have listed.

For those that have symptoms that are debilitating to your running, just know there are other women out there like you. You’re not alone!