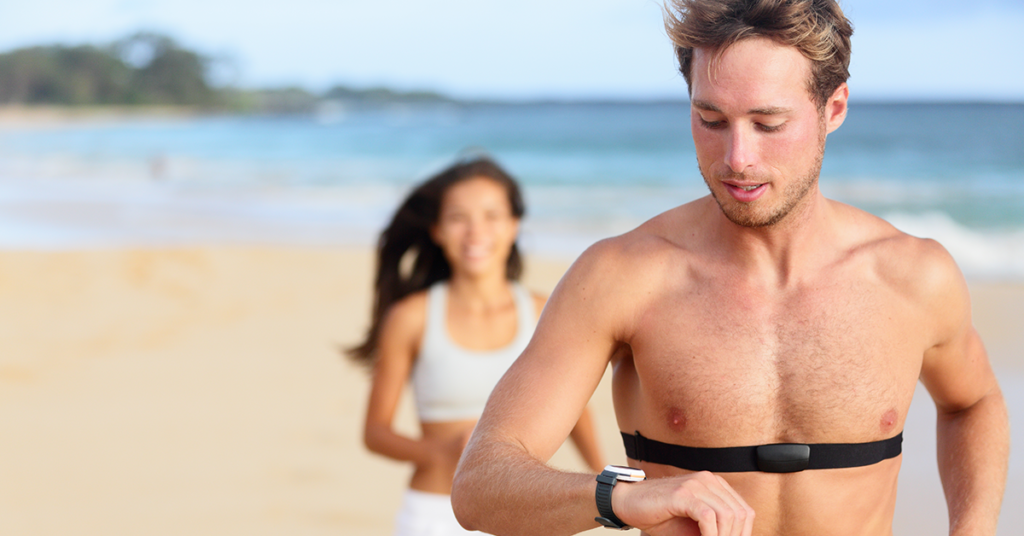 Over the last few years, my athletes have benefited greatly from workouts called progression runs. In a progression run, you begin running at a slow, easy pace but finish at a fast pace. Not only will you find progression runs to be fun, but they are a great way to boost your fitness without any lasting fatigue. And, the benefits are the same no matter if you’re a 2:15 or a 4:15 marathoner.

The first type of progression run is called Thirds. As the name implies, you break your run into three equal parts or thirds. For the first third, you run at a relatively slow, comfortable pace. As you progress to the second third of the run, your pace will have gradually increased to your normal steady running pace. Over the last third of the run, you increase your speed so that you’re running a strong, comfortably hard pace. For many competitive runners this effort corresponds to somewhere around marathon race pace to as fast as half-marathon race pace and a heart rate between 80 and 90% of maximum. This strong running significantly improves your Stamina which raises the pace you can run before you begin to rapidly accumulate lactic acid.

For your first thirds progression run, choose a 45-minute easy run. Run the first 15 minutes slowly, the second 15 minutes at your normal pace and finish the last 15 minutes at a strong pace. While I break the run into thirds, your pace doesn’t radically change after each third. Instead, it is a gradual but steady increase across the run. After getting your feet wet with this first thirds run, you can adapt the concept to any duration/distance.

It’s important to note that the pace of the final third is NOT all-out running. An appropriate pace for the last third is approximately Steady State or Tempo pace.* Could you run faster at the end? Of course! But that’s not the goal of this particular progression run. In fact, if you run too hard in the last third, the workout becomes more like a race, which causes too much fatigue for the purposes of a progression run.

It’s likely that on some of your runs, you already do a thirds progression run without even trying. When you are fully recovered from previous workouts, the body seems to just naturally progress to a faster pace as the run goes along. And please note that I suggest you do this on an ‘easy run’ day not a ‘recovery run’ day.** For all but a select few elite athletes, progression runs should not be used on days when you are recovering from a previous workout or race.

Lastly, I find a thirds progression run to be an especially beneficial workout for experienced marathon runners – runners who can handle an additional up-tempo day in addition to their other key workouts and long run. The most important caveat, however, is that you must not push too hard in the last third. Strive for a medium-hard pace (around your Steady State Pace).

*If you use McMillan’s Running Calculator for your training paces, then a good guideline for the pace of your last third is the steady-state run pace range.

**Refer to this Training Article for the difference between an easy run and a recovery run. Appropriate training paces for both are listed in your output from McMillan’s Running Calculator.

The second type of progression run I call DUSA – after the Discovery USA program where we did a lot of this type of running. To perform a DUSA progression run, run for 75-90% of your total run at a steady, easy pace. Then, as you approach the final 15-25% of the run, you really pick up the pace. For competitive runners this means half-marathon to 10K race pace with a fast finish the last quarter mile. It’s exhilarating! You can then jog or walk for five minutes to cool-down. DUSA’s are not a race but almost feel like one, and you’ll likely find that your heart rate goes to over 90% of maximum by the finish.

Compared to the thirds progression run, a DUSA involves a slightly faster pace for a slightly shorter amount of time and provides a little different stimulus to the body.

You’ll be surprised at how fun a DUSA workout is and that it really doesn’t take much out of you. I insert it into an athlete’s program where I want to make sure the athlete gets some quality running but can’t afford a long recovery time after the workout. Again, the idea is that we get a few more minutes of Stamina training integrated into the training week but that none of these fast portions are intense enough or last long enough to cause any lasting fatigue. You should not feel any effects of the DUSA progression run on your next run. If you do, you are probably pushing too hard in the faster portion. You may also want to change where you insert them into your program. Consider including more recovery runs before or after your progression runs.

The final type of progression run is one of my personal favorites and was utilized by Paul Tergat in his build-up to the Berlin Marathon where he set the world marathon record of 2:04:55. For this workout, the name says it all. You run a normal steady run but run super fast in the last three to six minutes of the run. When I say super fast, I mean super fast. Pretty much like a 5K race to the finish. Like the DUSA workout above, these runs are exhilarating yet don’t require a long recovery. They are fast enough to really stimulate your Speed and Sprinting ability (muscle recruitment, coordination, mental focus and lactic acid tolerance) but short enough (three to six minutes) that you will feel no lasting effect on your next run. That said, you must be accustomed to fast running before trying to run a super fast finish progression run otherwise you will likely be sore from the speed.

We did a lot of these when I was in high school. We would run our normal easy run pace but as we approached the last half mile before getting back to campus, we would begin to push very hard. It’s probably even fair to say we raced each other to the finish line. Our thought was that this super fast finish established a habit out of finishing fast so that when it came to a race, no other team would be able to finish as fast as we could. It would just be automatic that we would run hard at the end. As warned in the previous progression runs, we did not do this on our key recovery days. We ran it on a day where we were completely recovered.

How Progression Runs Benefit You

While the above told you the “how’s” of progression runs, I want to also tell you the “why’s” so that you can be smart if you integrate this type of training into your program. I find that progression runs are effective for three primary reasons. First, we know that warming up the muscles by starting out slowly not only decreases your risk of injury but “primes” the physiological pathways that will be used in faster running. If you push too hard before the appropriate energy delivery systems are ready for the effort, then you will stress the anaerobic systems; not what we’re after in our normal, everyday runs. In fact, going anaerobic (or more correctly, building up too much lactic acid) can even inhibit the development of your aerobic system so make sure that if the purpose of your run is to develop your aerobic system, you don’t start the run too fast.

Second (and I think this is most important), progression runs allow you, across your training cycle, to increase the volume of faster, stamina-type training. For example, if you include a couple of 60-minute progression runs that include 10 minutes at a fast pace in your program each week, you will add an additional 20 minutes of stamina training to your program. Across your training cycle, this additional stamina training results in a much fitter athlete.

Third, this increase in the volume of stamina training comes at a very small price. Correctly using progression runs results in very little fatigue compared with normal running. In fact, my experience has been that the athletes who most often suffer from overtraining, injury, undue fatigue and poor racing are those who push too hard, too soon and for too long in their runs, particularly their easy and recovery runs. Progression runs allow you to insert fast running into your training runs (feeding your need for speed) but in a way from which you can easily recover.

How to Integrate Progression Runs into Your Training

One note: just because progression runs are beneficial, this doesn’t mean that “all” of your runs should be progressions. Progression runs are just one component of a well-balanced training program and can be used to temper any tendencies to start runs too fast. They also add some (often much needed) variety to runs, which keeps things fun. The number of progression runs that you can tolerate each week is dependent on your experience level and ability to tolerate training. If you run three to four times per week, you may only run a progression run every other week – the other days being devoted to other types of training. A pro runner who runs ten to 13 times per week, however, may run two to six progression runs per week, mostly DUSA and super fast finish workouts. Like all training, you must start conservatively and see how your body reacts to progression run workouts. With this information, you can find the optimum training routine that works for you.

The next time you are in a relaxed training phase, try incorporating progression runs into your program. The workouts not only add variety and make training fun, but significantly boost your fitness without a lengthy recovery. Used as part of a smart, overall approach to training that includes building an endurance base, gaining strength through stamina training, adding speed and working on your finishing sprint, progression runs will give your fitness a boost.

Next: The 5 principles of training the McMillan way

Want the best plan for you? My training plans are here.

Don’t train alone. Having a plan and a coach to help you is key to avoiding injury and performing your best. Join the McMillan Run Team and let’s work together toward your goal. 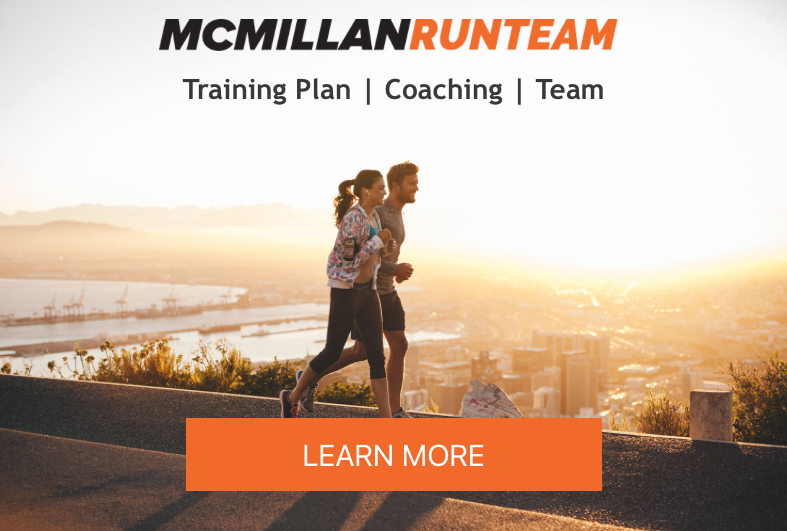