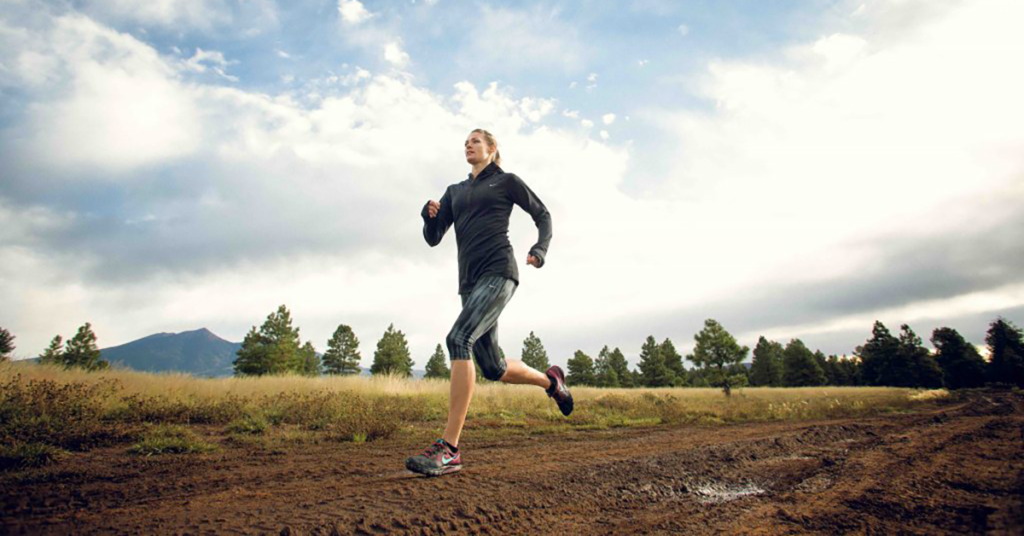 Carbohydrate manipulation across your training cycle is one of the simplest nutritional strategies to boost physical and mental fitness. For over 20 years, I’ve used this strategy on myself as well as with many of the athletes I coach and have had great success.

The second goal is to increase the total store of carbohydrate available. (Think of this as having a larger fuel tank.) You’ve probably read that carbohydrate stores typically last 90-120 minutes before they get low so if you have a larger tank and burn the fuel at a slower rate, you’ll have more fuel at end of the race. No more hitting the wall for you!

The third goal is to get acquainted with the suffering or “pain” at the end of long races. Racing you best half-marathon or marathon is going to be mentally challenging. It will require more mental fortitude than you are often used to. So, while training for the race, you actually want to experience the level of fatigue (physical and mental) where the brain is screaming at you to stop. You want to have some experiences of running in extremis.

You’ve probably read about the central governor theory whereby the brain, if it feels threatened by your rapidly depleting energy stores or tired muscles, will consciously send greater and greater sensations of fatigue and can actually “cut the power” to the muscles to slow you down. This leads to the “wall” or “bonk” that runners fear.  So, some training in your plan must expose your brain to these feelings so it will feel less threatened on race day.

What I’ve found is that by manipulating your carbohydrate intake across your training plan, you can optimize each of the adaptations.

Here’s how I prescribed this strategy for an athlete I coach.

Lynn was about to embark on an 18-week marathon training plan. She had a marathon under her belt so she knew she could finish but was now looking to finish faster and qualify for Boston. As I built her plan, I broke it into three six week phases for how we would modulate carbohydrate intake to boost her fitness.

In Phase 1, she ate carbohydrates before (breakfast and/or slow release carbohydrates like Generation UCAN) and during (sports drinks, gels, UCAN) so that she could complete her long runs feeling fresh mentally with only the usual muscular fatigue from running so long. Her long run increased for three weeks then we took a shorter long run in week #4 for recovery. Then, she finished off Phase 1 with two more “high carb” long runs.

The goal of Phase 1 was to help her finish those runs feeling good. This would build her motivation and get her long runs building without undue fatigue that necessitated longer recovery and interfered with the mid-week training.  NOTE: With more experienced marathoners, I typically skip Phase 1 because they already have the endurance to complete their long runs but it’s an option for runners who feel they need some high carb runs to get through the first few long runs.

Now that Lynn had a few long runs under her belt and was building toward her longest ones, she felt more confident in her fitness. At this point, she slowly eliminated her carbohydrate intake before and during her long runs. She was “training low” or training on low carbohydrate stores in order to challenge her body to burn more fat (when carbohydrates are not plentiful, the body burns more fat) and stimulate her body to store more carbohydrates after the runs (increasing the fuel tank).

As with Phase 1, in Week #4 of Phase 2, we took a “down” long run. This long run was 45 minutes shorter than the previous week and was a perfect time to go “carb free.” Lynn didn’t eat breakfast before the run and didn’t ingest any carbohydrates (only water and electrolytes) during the run. I planned it this way because I wanted her first foray into carb-free running to be a shorter run so she could see how her body and mind reacted to it.

To her surprise, she did fine (which is what most runners find if they wean themselves off carbs gradually like Lynn did). She was more tired towards the end of the run but this was expected. I also added an extra recovery day after the long run just to make sure we respected this additional training stress.

It should go without saying but I’ll say it anyway. She took precautions on her carb-free runs. She ran with others, on a route close to help should she need it and carried a rescue gel – a carbohydrate source – with her just in case.

For Weeks #5 and #6 in Phase 2, she ran carb free on her long runs. These were tougher because they were longer than the “down” long run but she quickly learned that these long runs are not about pace. They are simply about getting in time on your feet and if you get really tired, that’s good. You are forcing your body to burn more fat and you’ll store more carbohydrate for future runs. You’ll also get a hefty dose of the mental challenge that will be faced at the end of the race. Lynn developed a good mantra for when she was tired and soon found she could hold her pace even when she was getting very tired. Most importantly, her body and mind were now able to run for 2-2.5 hours carb-free. This boosted her confidence that her body was adapting as we wanted.

For the final phase of her marathon training, we had two goals: Extend her low-carb long runs to her maximum duration (3-3.5 hours for her) and practice her race day nutrition strategy on the other long runs. In practice, this meant that one week, she did a low-carb run where she just ran for time and didn’t worry about pace. On the other week, she carbed up before and during the long run, following the nutritional plan she’d implement on race day. This allowed her to dial in her marathon nutrition plan and she also improved the quality of the run by finishing fast, really fast, the last few miles.

We alternated low-carb and race nutrition long runs on all the remaining long runs. However, I will say that on one long run (scheduled to be a low-carb run), she was feeling very, very tired from a busy work week. So, we decided to use more carbs on that run because it seemed like a low-carb run was just going to be too much, mentally and physically. Use this as a reminder to use common sense during training and respect that you might need to modify your plan as you are executing it.

Please note that it’s hard to run much more than 2.5 hours with no carbs so in the “low-carb” runs that extended to 3-3.5 hours in this phase, we used a slow-release carb (Generation UCAN) so we continued to keep her insulin levels low.  She would run “carb-free” for 2 hours then take a does of UCAN, which would keep her blood glucose level steady.

This is an important point. We used high carbs in Phase 1 then to low-carb and ultimately no-carb in Phase 2.  Then, we went from no-carb to low-carb in Phase 3 because the long runs were extending beyond the 2.5 hour mark. If your runs build beyond 2.5 hours, I recommend the low-carb method instead of the no-carb/carb-free method.

Powering to the Finish

On race day, Lynn ran a new PR and qualified for Boston. But, the most important takeaway for me was how strong she was over the last few miles. This is exactly what I experienced when I first used this strategy. It wasn’t that I could suddenly run faster than the pace my training indicated. It was just that I didn’t get the usual mental and physical tiredness at the end of the marathon, or at least to the extent I usually did.

Like I experienced, Lynn had a new level of power over the last few miles. She had a larger carbohydrate store and used these stores more sparingly across the race. So, when the last few miles hit, she had this fuel available instead of having it running low.

And, because her fuel stores weren’t depleting rapidly and because the carb-free and low-carb long runs exposed her brain to the type of fatigue she would experience in the race, her brain didn’t perceive the pace to be a concern. She wasn’t going to “run out of gas” so her brain was happy and a happy brain is a brain willing to keep pushing.

I’m convinced that runners who have proven they can finish but want to go faster should consider this strategy. Is it easy? No. The carb-free runs are very tough. Not from the pace but from the mental and physical fatigue. You have to be okay to have “bad” long runs where you very well may bonk. Of course, this is precisely the training stress you’re after in this type of training as it conditions the mind to those feelings of severe fatigue and stimulates the body to adapt to avoid the bonk the next time out.

However when done correctly (following Lynn’s lead), modulating carbohydrate in long runs across your training plan provides an easy method to boost the physiological and psychological fitness you need to run your best long race.

Not for first time runners. Use carbohydrates to help you finish.

Not for those with blood sugar issues (hypoglycemia).

Use carbs on race day! Carb-free is a training strategy not a racing strategy.

Use commonsense and gradually wean off of carbohydrates on long runs

Have a rescue gel with you and a buddy with you 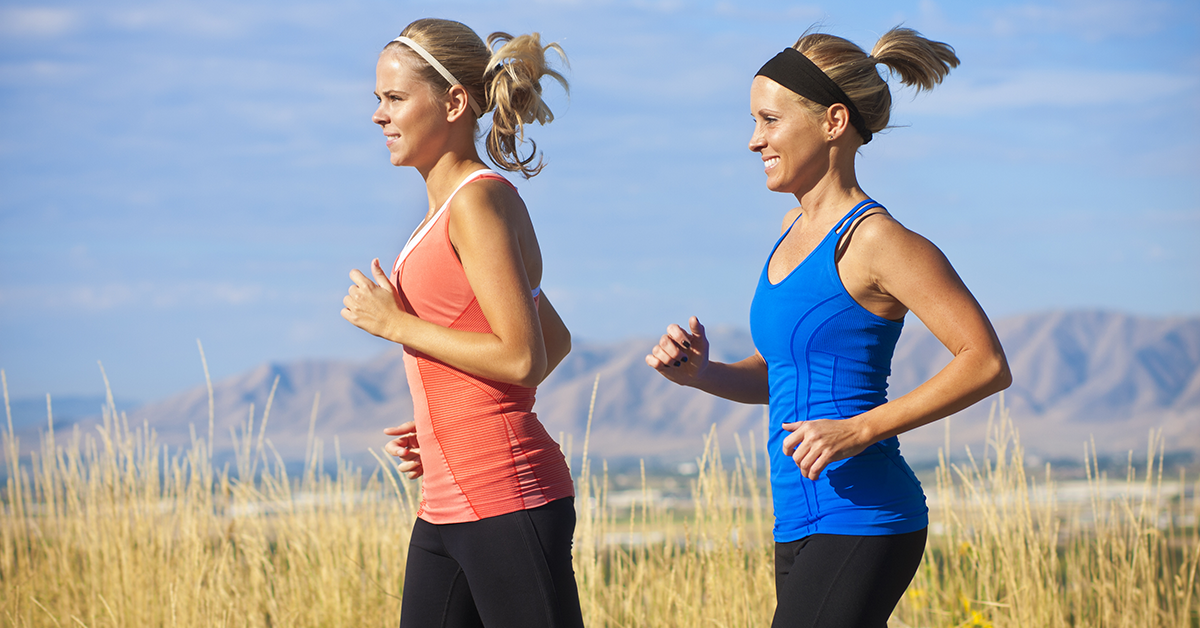